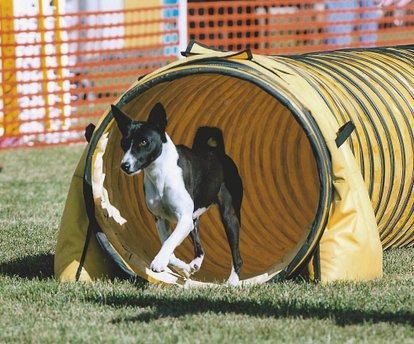 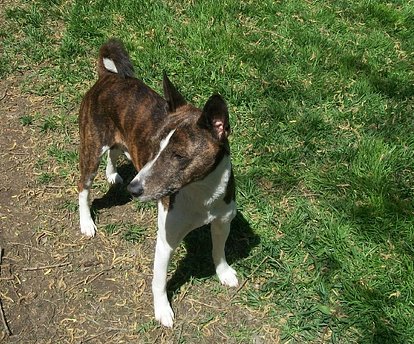 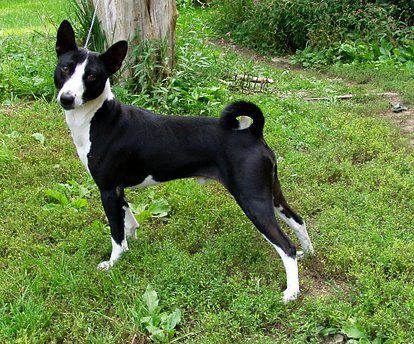 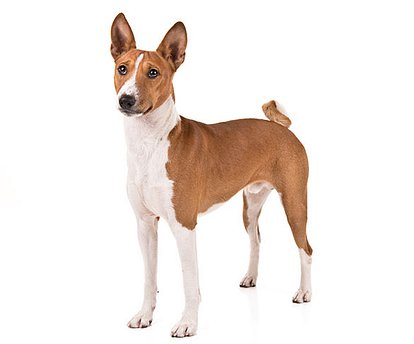 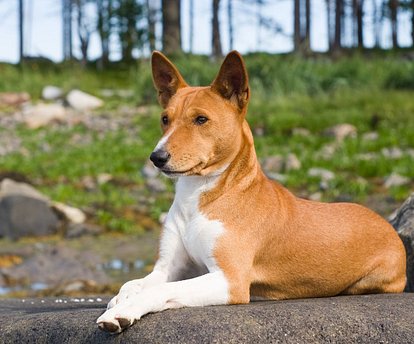 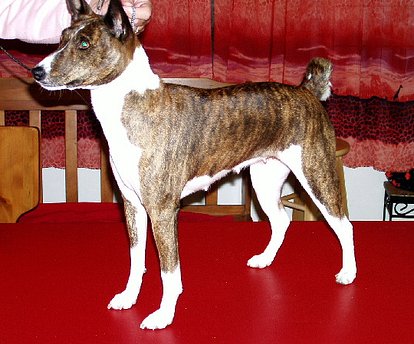 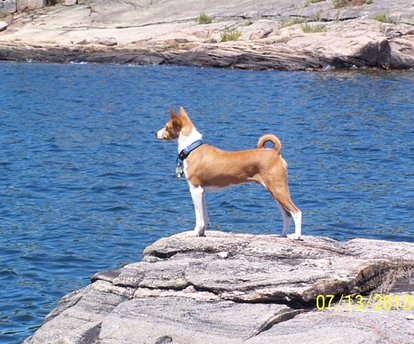 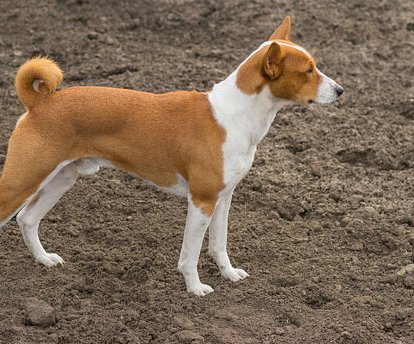 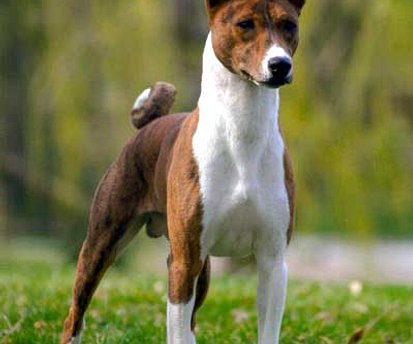 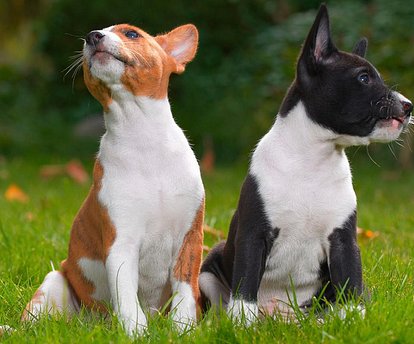 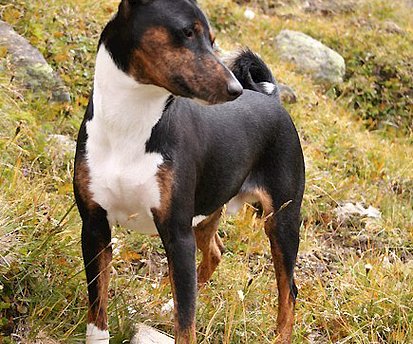 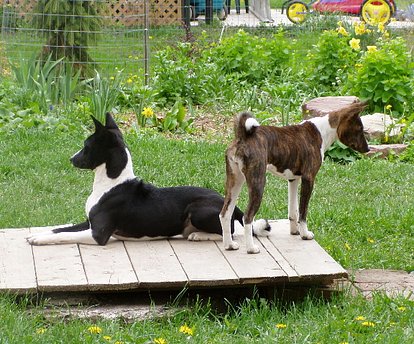 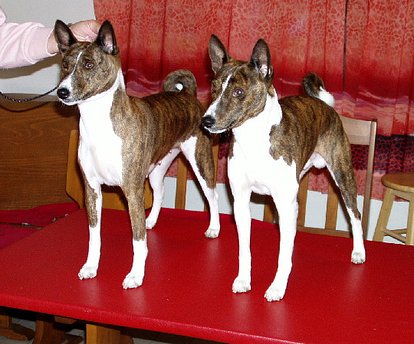 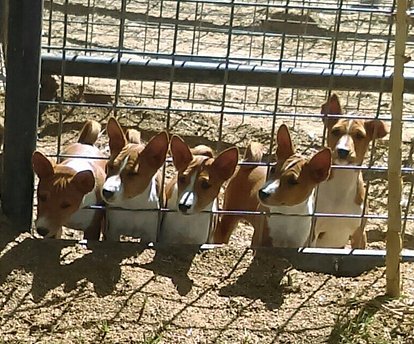 The Basenji is a member of the sub-group of hounds known as ‘sighthounds’. It is small and agile, and adapts well to most living conditions. It is a small, short-haired, lightly-built dog with prick ears and a curly tail. He gives the impression of being either inquisitive or worried because of his wrinkled brow and his puzzled expression. He is immaculate in his grooming, cleaning himself much like a cat, and rarely requiring a bath. He is also odorless.

Said to be of ancient origin, this hunting breed was valued for its speed, intelligence, and silent workmanship. Basenjis have very pliant skin that allows them to navigate the dense underbrush without injury. They have a tight foot with a thick pad to help in travelling over rough terrain. They have excellent sight, very mobile ears, and an outstanding sense of smell. The Basenji is often called the “African Barkless” dog, but it is not mute. It can howl, growl and snarl. In addition it can make a yodeling noise and puppies can crow like roosters.

Foundation stock was successfully imported into England in 1936 from Africa, and the Kennel Club of Great Britain officially recognized the breed in 1941. And from the U.K., it migrated to the United States and Canada.

Basenji males should be 17 inches high at the shoulder and weigh 24 pounds. Bitches are slightly smaller at 16 inches and 22 pounds. They come in four colour groups: red and white, black and white, brindle and white, and ‘tri’ (black, tan, and white). All have white feet, chest and tail tip. White collars and white blazes on the face are optional.

Most Basenji bitches come into heat once a year in the fall, with puppies born in December or January. Some will come into season twice a year, but it is not common.